For half a century, asking “What is a hedge fund?” brought endless discussion but no answer.

This article explains why and provides the diagnostically unique answer – in just 18 words. 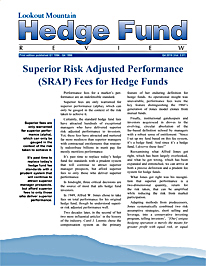 Two decades after the prior edition, with hedge fund fee entitlements greatly expanded and ambiguity regarding what a hedge fund is still encouraged, this digital edition of Lookout Mountain Hedge Fund Review was released. It is intended to be constructively disruptive; “Yet, while SRAP™ fees would be enormously disruptive, they would only impact managers to the degree each fails to generate alpha.” 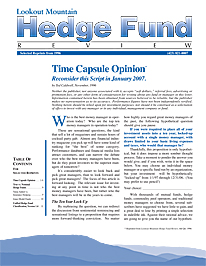 Published near the end of 1996, “Time Capsule Opinion” invited readers to set the article aside, then reconsider its rationale a decade later. Selecting an investment manager who will provide superior performance over the following decade is certainly a low-probability endeavor. However, as “this opinion is indelibly based on his understanding and execution of the conservative Jones model, Lee [Ainslie]’s future should be instructive for us all.”
Decades later, it has been. 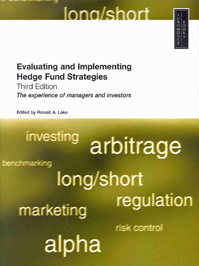 This article on classifying hedge funds was published in a book containing chapters from many different authors. Like others by LMHFR, it insists that the single, definitive characteristic that separates true hedge funds from all other managed investment pools is the manner in which true hedge funds alter the relationship between risk and return from nominal hedge funds and traditional investing. 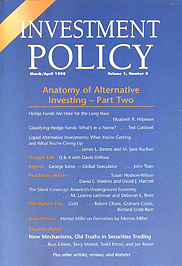 Hedge Funds, What’s in a Name 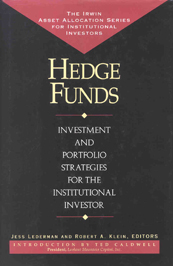 Introduction: “The model for superior performance”

By Ted Caldwell, introduction to the book, Hedge Funds – Investment & Portfolio Strategies for the Institutional Investor, edited by Ledderman, 1995

Ted Caldwell was asked to write the introduction for the 1995 Irwin book on hedge funds for institutional investors. LMHFR’s dated reprint of that book’s introduction was titled “A Primer on Hedge Funds”. It may still provide enjoyable airplane reading for some. 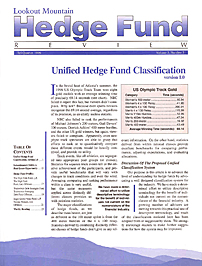 In this very dated, 1996 article, LMHFR published the only hedge fund classification system to recognize the fundamental distinction between true and nominal hedge funds, which have entirely different risk/return dynamics. Investors failing to recognize this critical distinction will likely experience unpleasant surprises. 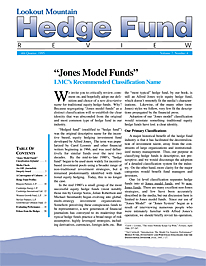 LMHFR coined the name “Jones model funds” in 1995, seeking to distinguish the original hedge fund model from the plethora of new strategies widely sanctioned by investment consultants and the media for their adoption of the hedge fund moniker, based primarily on their fee structure. We further defined “conservative Jones model” funds to emphasize the critical distinction between risk assumptive vs risk-mitigating funds.